I thought it would be interesting (and humbling) to follow up on some of the posts I wrote in 2018, so here is a quick look at a few of the things I got right, and a couple things I got wrong so far in 2018.

In January, I wrote “The Case for Cash“, which argued that the rising yields on short-term assets like Treasury bills made them a more compelling investment, at least in relation to most intermediate and long-term bonds.  This was one of the things I got right, though I cannot say that I anticipated that Treasury bills would outperform both Treasury bonds and global stocks.  However, that is indeed the case so far in 2018.  What’s more is that the first such occasion that I can find going back to 1990.  Remarkable. 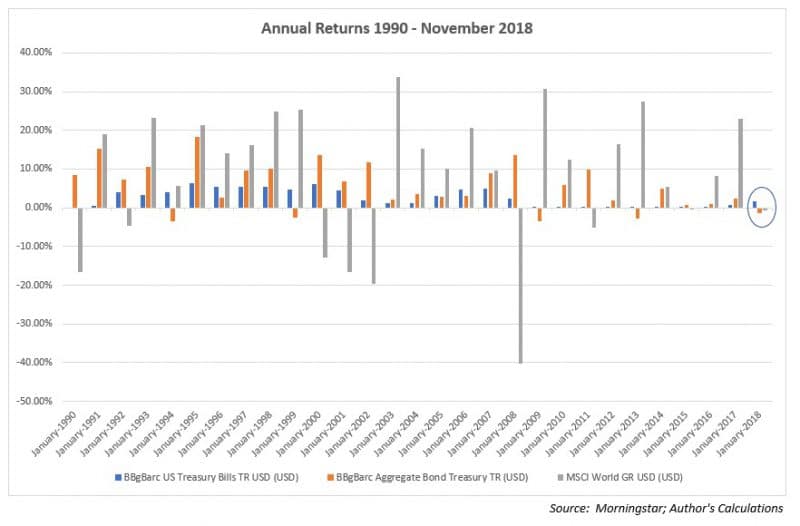 Secondly, around the time global markets peaked in late January, I argued that the environment was possibly favorable to low / minimum volatility strategies given that volatility had been uncharacteristically low throughout 2017, and momentum strategies seemed extended.  Given that most global markets are in the red for 2018, and the S&P 500 has experienced two major corrections since, this post turned out to be aptly timed [Note:  the graphic states January 24th, 2018 as start date since that was the date of the article’s publication]: 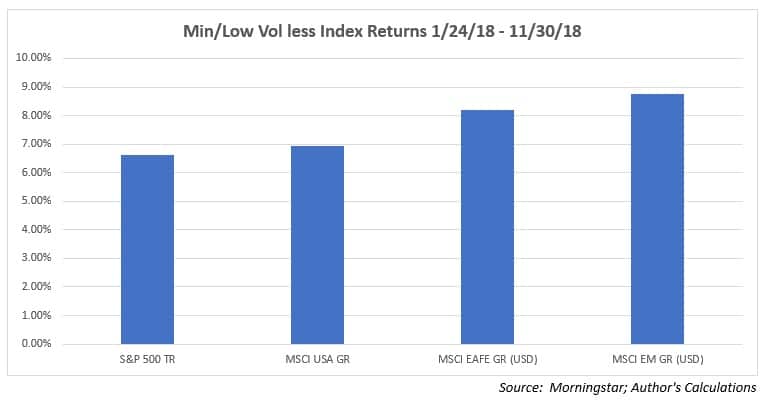 Finally, back in May, I wrote that consumer staple stocks looked ripe for a bounce while technology stocks looked over-extended.  As it happened, this proved to be the case, as both the equal-weighted and capitalization-weighted S&P 500 Consumer Staple indices delivered double-digit returns since publication, while both S&P 500 Information Technology indices declined [Note:  the graphic states May 22nd, 2018 as start date since that was the date of the article’s publication]:

Now that I have taken a bit of a victory lap, it is time to eat some crow.  Here are two things I got wrong in 2018.

In February, I wrote that the argument for global small caps was getting stronger.  However, my timing could not have been much worse as global small caps subsequently entered steep declines.  In fact, going back to 2001 (the earliest for which I have data available), 2018 is the first year in which foreign small caps have lagged the parent indices across every region: 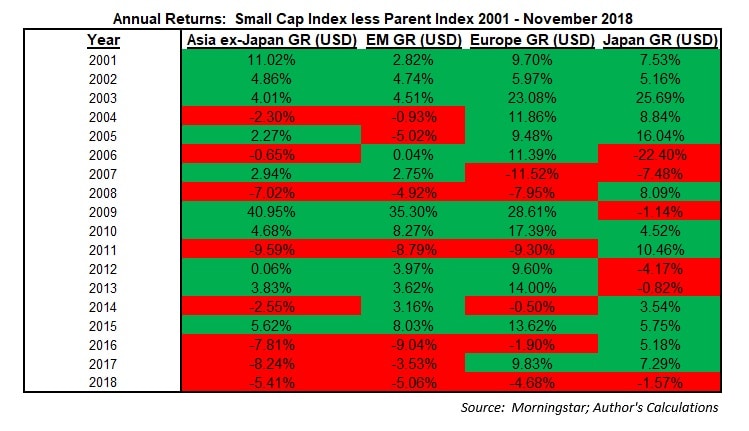 Secondly, in April, I wrote that tobacco stocks were compellingly valued.  That may have been the case, but subsequent performance was lackluster; on both a domestic and global basis, tobacco stocks lagged their broader markets by a fair amount [Note:  the graphic states April 24th, 2018 as start date since that was the date of the article’s publication]:

It goes without saying that these posts were written not as recommendations, but purely as real-time commentary on the markets.  That being said, it is constructive and educational to revisit our ideas, pass judgment on them, and learn from them.  In my opinion, it is only in doing so that the full benefit of writing an investment commentary is realized.