In the past, I have noted that across global markets, both developed and emerging, drawdown characteristics were more similar across the spectrum when seen through the sector lens as opposed to a regional lens.  In other words, drawdowns were more similar when comparing tech stocks across the globe than when comparing tech stocks from a given region to other stocks in that same region.  This should be intuitive; after all, in a global market, cycles will compel global companies operating in the same space to move together more so than they would with their broader, but more localized, regions.

Another way to look at this is that cycles are different for each sector, so the risk profiles are going to be different, too.  Said differently, it should be no surprise that European consumer staples companies would have shallower drawdowns than, say, US energy companies, because whether foreign or domestic, the fundamentals of the consumer staple industry lend themselves to lower volatility as opposed to a commodity-based industry.

I wanted to take this analysis a step further by demonstrating that this is not just a phenomenon of large companies across the globe; it holds true across the size spectrum, too. 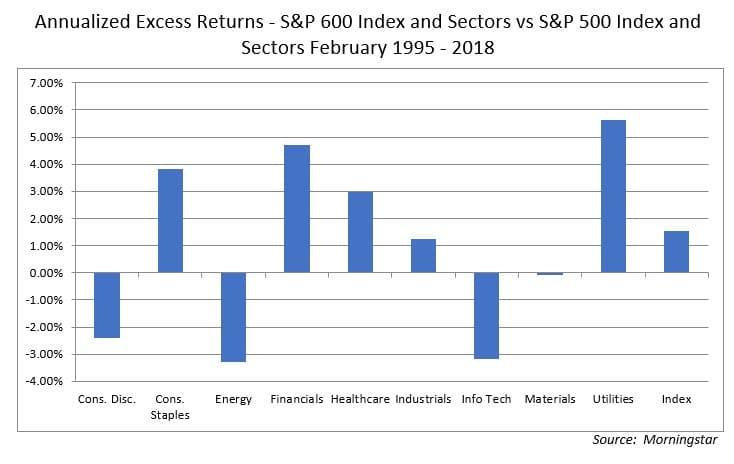 But were size and risk the main determinants in this performance?

A different picture emerges when we plot annualized returns and volatility by size (S&P 500 for large; S&P 600 for small) for each sector.  We can see that traditionally defensive industries like utilities and consumer staples tended to have similar return and volatility characteristics, while the same was true for more cyclical sectors like IT and materials: 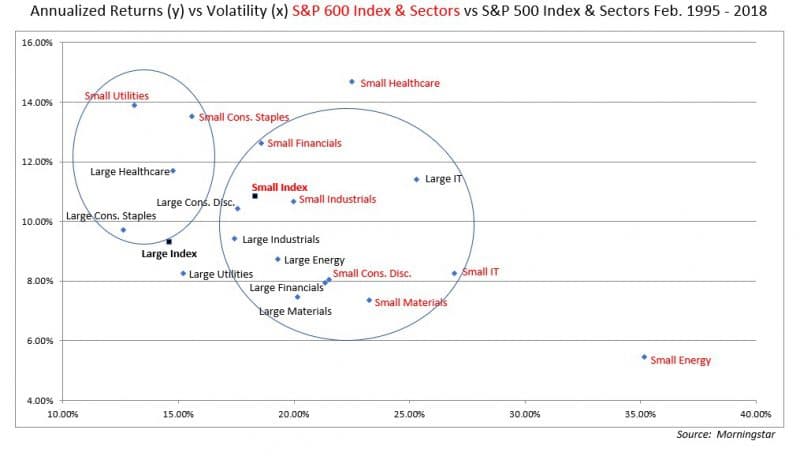 It would appear that the realized risk and returns in these were largely functions of their sector characteristics as opposed to size. 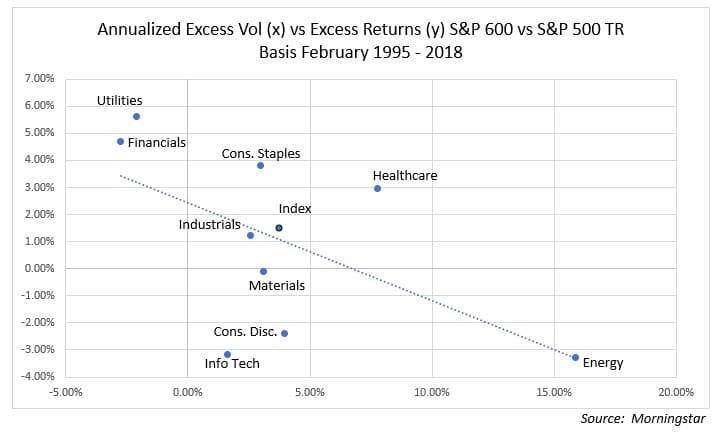 Comparing drawdowns, we can see that consumer staples, both large and small, had much shallower drawdowns overall, while industrials across the size spectrum shared similar drawdowns: 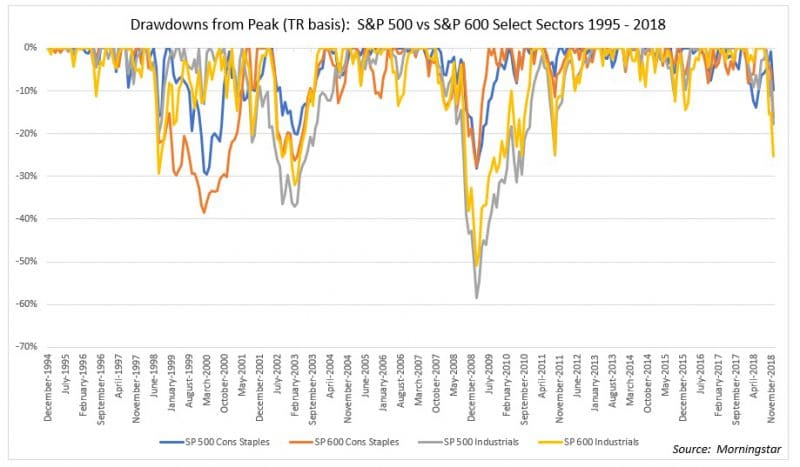 The same holds true when we compare utilities and materials: 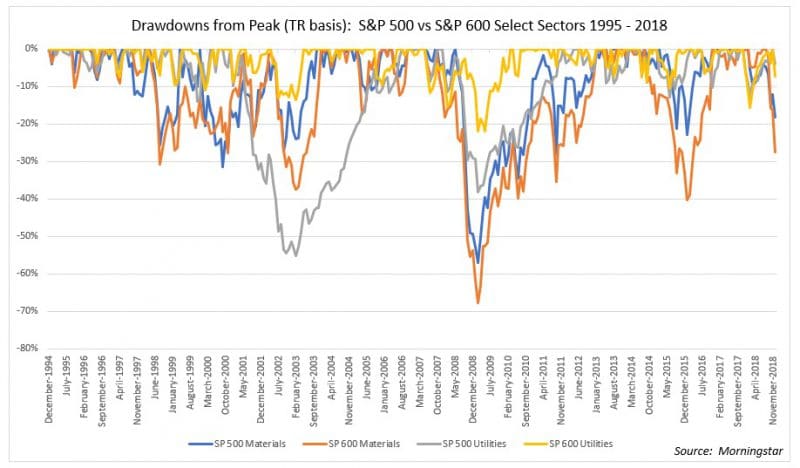 It is fair to say that, in aggregate, which is usually how most people invest, portfolios of small companies are riskier than portfolios of large companies, but it is not entirely clear that this excessive risk drives the excess returns historically enjoyed by smaller companies.  The takeaways for me are that sector influence is too often neglected in the analysis that most perform when attempting to gauge the risk of a given portfolio of stocks, whether foreign or domestic, or whether large or small.  Additionally, this seems to be yet more evidence that the low volatility phenomenon is real.

NOTE:  I excluded from my analysis the S&P 500 and S&P 600 Telecommunications and Communications Services due to the recent GICS changes.